Tupee is the Tupee is the Liberian In-Country Director, and the sueprvisor for the children's home in Liberia. Tupee oversees all activities and staff at the home, and Tupee and staff make sure the children at the home are well cared for. Tupee attends meetings and trainings needed for continued international adoption accreditation. She is also involved in community service. Since opening the Children's Home we have placed 17 children with their forever family.

Tupee is Liberian and an American Citizen. She is married and has three grown children: two sons and a daughter. Tupee and her family welcomed a granddaughter into their family, and Tupee has enjoyed spending time with her. 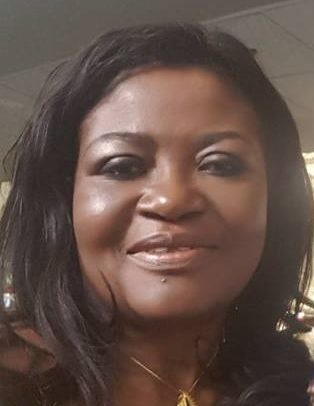 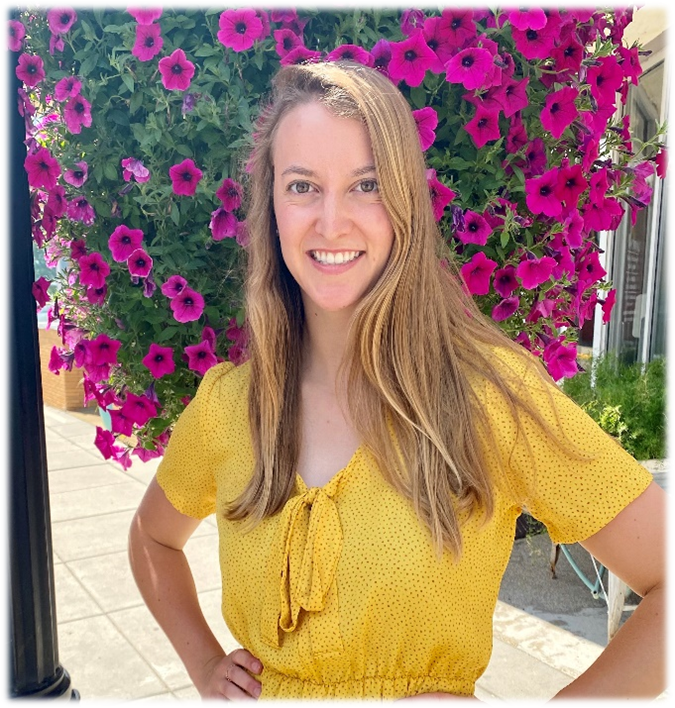 My name is Brittany, and I have been with New Horizons for about six months now. My husband and I are currently doing training to go overseas as a missionary aviation family so we are anxiously awaiting the joy and responsibility of serving the Lord in that way. But in the meantime, I am so grateful to have found New Horizons and love serving our clients and helping them in their journey to add to their families or walk with birth moms as they make the most courageous decision to place their little one for adoption.

I started my internship with the agency in May 2021. I am currently pursuing my Master’s Degree in Social Work from Boise State University. I have been learning a lot and enjoy being a part of this great work. My favorite part so far has been meeting birth parents and adoptive families and seeing God’s good plans unfold! In my free time, I enjoy spending time with my husband and our two children. We love being outside, especially our time at the lake over the summer! 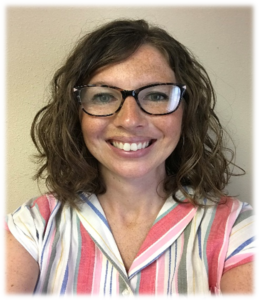 We are so thankful for Tupee, Brittany, Katie, and all of our staff at New Horizons Adoption Agency, Inc. 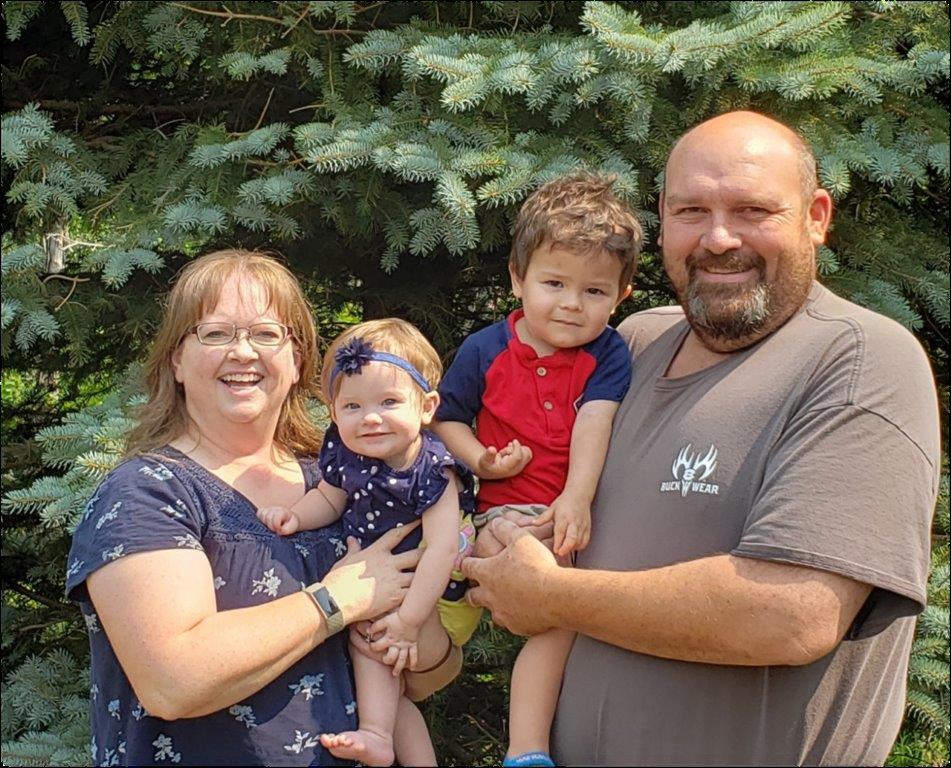 Our adoption journey started after about eight years of unsuccessful infertility treatments.  We contacted the agency in the fall of 2015 and completed our home study in May 2016.  In July of 2017, after months of waiting and praying, we received the call we had been waiting for; a birth mom had chosen us!  We met her the next week for lunch and went along to her doctor appointment that day and some of her appointments over the next six months of her pregnancy.  In the end, she chose to parent and we experienced our first heartbreaking failure.  2018 was a quiet year for us, updating our home study, reflection, and more praying.  In March of 2019, the agency called to let us know we had been chosen by a birth mom

but before we were to meet her the next week, she canceled. Even though we didn't get to meet her, the failure felt the same. Beth was beginning to feel like starting a family wasn't going to happen.  At end of April, Beth received a call at work from the agency that someone there wanted to talk to her.  She spoke with the birth mom directly who said she had chosen us to adopt her son.  The baby was due the end of June 2019.  We met her the next week for lunch and to get to know each other.  There was nervous excitement in meeting her, but we felt so comfortable with her and found out we had a lot of similar interests. Baby boy was born June 17th, and we were able to meet him later that night.  As birth mom handed him to us, she called us his mommy and daddy.  His adoption was finalized in February 2020.

A few weeks later, we received another call from the agency.  Our adopted son’s birth mom was expecting a girl and wanted her to be part of our family and to grow up with her brother.  She was born August 28th 2020, five weeks early.  We were able to stay with her in the hospital, and she was discharged five days later.  Her adoption finalization will take place the end of July 2021.  We truly believe God heard our prayers and answered when He felt the timing was right.  We have a positive relationship with our birth mom, and our adoption is a semi open adoption.

Vance and Kristine knew that adoption would be a part of their story before they even married. Vance's uncle is from Uganda and so he traveled there starting at the age of 13. He knew that Africa would be a part of his lifelong story. Once they decided it was time to add a child to their family they immediately researched adoption in Africa. They were so thrilled to find out that an adoption program in Uganda was currently open. In 2010, they brought home Benjamin and in 2012 they adopted from Uganda again adding two more boys, Asher and Jude. When they felt that all the boys were adjusted and began to consider another adoption, Uganda was no longer an option.

Their agency at the time suggested embryo adoption which neither Kristine nor Vance had any experience or knowledge about the process. After prayerfully considering this opportunity, Kristine and Vance 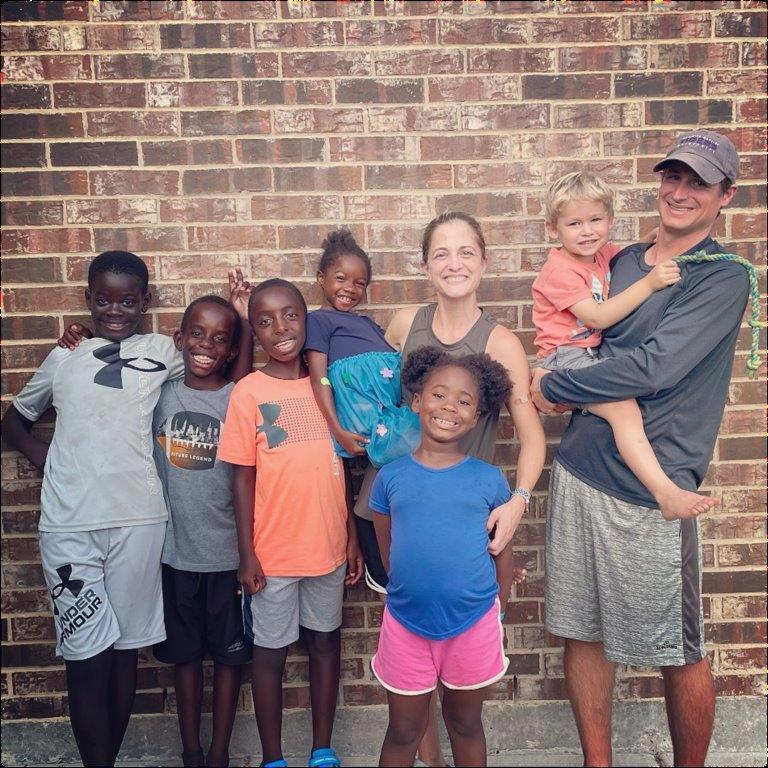 were matched with an African American family and their embryos. Kristine gave birth to Noa in 2015. They consider it an amazing adoption option for those that have the desire to give birth to their adopted child. Embryo adoption became part of their journey a second time when Kristine delivered Abel in 2018.

Believing their family was complete they were not looking or considering a 6th adoption. However, God moved in their hearts in 2019 when an encounter with a friend expressed the need that existed in Liberia with the New Horizon's Children's Home. It took surprisingly only 24 hours for both Kristine and Vance to realize that God was calling them to adopt once again. They were matched with their little girl in February 2020. While COVID-19 turned the journey into a longer than expected process, Olive arrived home in the United States in July 2021. They feel extremely blessed to have been able to take two of their Ugandan sons to Liberia with them to complete the adoption process. Kristine and Vance were overwhelmed with care given by the staff at the foster home in Liberia. It was a special journey to spend time and watch their older boys interact with all of the children in the home. They know they will definitely be returning to Liberia so that Olive can connect with her culture and all her siblings can see her birth country. 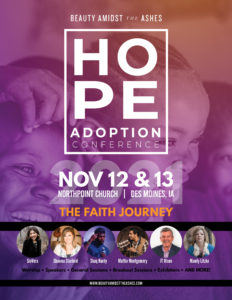 We are accepting new potential adoptive families for both domestic and international adoptions.  For more information or questions please Call the office at 507-526-3518 or e-mail: contactus@newhorizonsadopt.com 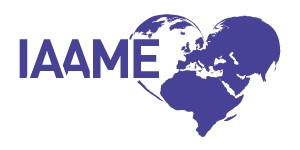